Laverock Lodge and Sheephaven Cottage are part of Laverock Hall Farm situated about ½  mile outside the village of Eggleston, Barnard Castle.

The Cottages were originally farm buildings and we have found records and maps of their existence dating back to the mid 1700’s. U

ntil 2008 they were still used for their original purpose, Laverock Lodge was used for feed storage and to clip the sheep every year and Sheep Haven Cottage was full of pet lambs and Mums with complications or who just need a bit of tlc!

The decision to convert the buildings was made in 2006 although it took another 3 years for the idea to come to fruition.

The farm had been in the Bainbridge family for many years and in 2006 was purchased by the present owners Marcus and Mandy Bainbridge. They had rented the property since 1998, however as farming became harder they had to diversify so as they had a great love for Border Collies, they set up a business called Colliewobbles which sold Collie related items over the internet and at shows.

Through meeting many people in the UK and Overseas the question came up many times about the difference between ‘pet’ Border Collies and ‘working’ Border Collies. This led on to the Bainbridges holding ‘Ewe and Your Collie’ Sheepdog Days on the farm, where participants could watch National Trialling Champions at work, as well as have a go themselves under very controlled circumstances.

As the popularity of these days grew it became difficult to source accommodation for attendees, especially those with multi dogs so in 2006 the idea was born that it might be feasible to convert the byers into multi dog friendly holiday cottages.

The fact that the farm was also situated in a designated AONB (Area of Outstanding Natural Beauty) was also a great help as the views are simply fabulous!!

As well as Sheepdog Trialling the Bainbridges have competed at Crufts in 2001,2002 and 2003 in the UK Flyball Finals and from this they found out about Dog Agility.

Between children Mandy dabbled with this and found it great fun, tho the lack of indoor facilities locally was a great problem in winter.

The solution fell into place through their children however, as Marcus and Mandy had been very worried as they had inherited a derelict piggery on the farm with open 6 ft deep water tanks that constantly filled with water however often they were drained.  Worried about the danger to their children they looked into the cost of dismantling what was left of the piggery, installing new drains and a concrete base but the cost was phenomenal.  However, the safety of the children obviously had to come first and that is when they hit upon the idea of building a 120 feet building on top of the new concrete base and drains.  Although this trebled the price the idea was that even if it took 20+ years to pay back the children were safe. The bank was also happier with a long term venture!!

So, the indoor Agility Arena was born, and it will hopefully  prove as  popular with Cottage Visitors as the local agility handlers who now use it!

Plans were drawn up for the Holiday Cottages and submitted to the local council.  Apart from having to make do with less windows than we would have liked the planning was relatively straightforward, although the requirement for Bat Reports in both winter and summer held the project up considerably.   However, the stamped piece of paper duly arrived, and as long as we would build Bat crevices in the roofs for any passing bats and widen the existing access road we finally had the go ahead!! 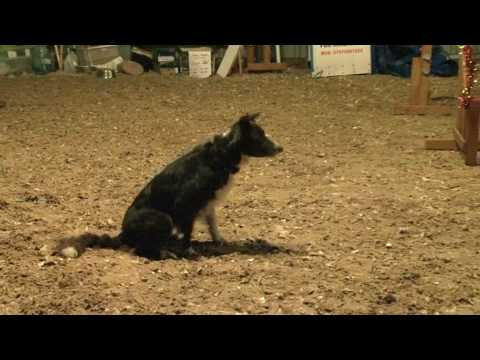